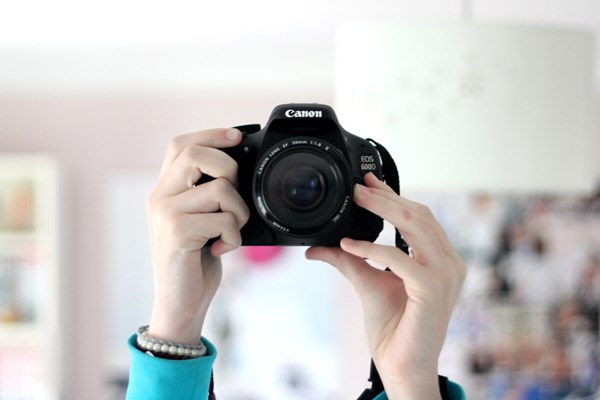 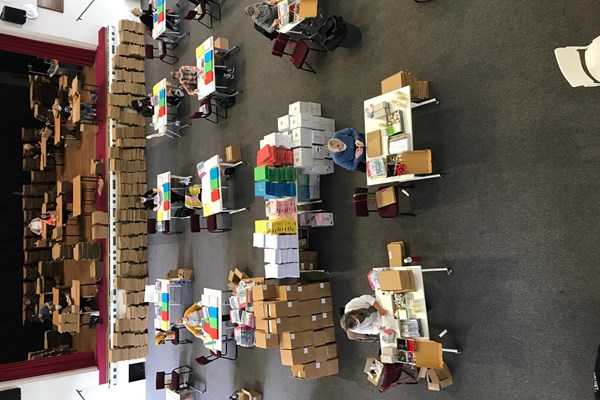 Valuable not vulnerable - Greater Manchester is changing the narrative on ageing

‘Valuable, not vulnerable’, is the message older people in Greater Manchester want heard loud and clear, and the theme of this year’s campaign around International Day of Older Persons (1 October). Some case studies showing the many roles older people continue to play a key role in our society, including on the frontline during the Covid-19 outbreak, can be found on our website (opens in new tab).

Experiences of coronavirus and lockdown have been different and varied for older people too, as workers, volunteers and carers, neighbours and citizens. As we come together to tackle this challenge as a city region and plan our recovery, we need to ensure the diversity of older people’s voices are shared and amplified. We are sharing just some of these stories to challenge ageism and outdated stereotypes, and show that our older residents are indeed valuable, not vulnerable.

Support the Valuable not vulnerable campaign by

A group of older people aged between 60 and 87, who all connected through Manchester Royal Exchange Theatre’s Elders Company, come from across Greater Manchester and beyond.

When lockdown prevented the group from attending the events put on by the theatre they wanted to find a way to continue interacting creatively with each other. The group decided to take to Zoom.

Since March the Elders Graduate group have been meeting on a daily basis for around 40 minutes with a roster of hosts leading each session.

Around half of the group, of 30 members, have took Zoom in their stride and have graduated from the technically inept to the relatively efficient. Many of these new skills were self-taught in the process.

Working as a team has been a great help, allowed members to maintain regular contact and continue to be actively creative.

A range of topics have emerged over the months with the tone varying from the trivial and amusing to serious and personal. This has been done in a supportive and positive environment of deepening friendship.

Lockdown has not imprisoned the group - they felt that they needed a permanent record of what we have been doing together during lockdown. As a result the group are creating a series of short video diaries which will be shared on YouTube.

Nina who lives in Hale, Trafford, used to spend a lot of her time at the gym before lockdown. To ensure that she could keep up her daily exercise routine Nina invested in a bike.

Nina lives on a very busy main road but the decrease of vehicles on the road, due to the pandemic, made her feel safe which encouraged her to use her new bike.

Talking about her cycling experiences Nina said: “It’s nice to see lots of experienced racing cyclists enjoying the quiet roads, but my favourite thing is seeing the riders like myself, using their bikes in a more functional way like you see in Amsterdam or Copenhagen. I currently have a 25 minute route which I’m working to get done in 15 minutes, then I’ll make it a bit longer.”

Nina, aged 68, has enjoyed the social aspect of cycling too as it’s allowed her to say hello to other residents – especially during times like this when it really goes a long way.

In the long term Nina hopes that there will be more cycle lanes across the city-region to encourage members of the public to take up cycling and boost their confidence.

According to a BBC article, lifestyle changes and an increase in comfort eating has led to 48 per cent of Brits admitting that they have put weight on since the beginning of lockdown.

Lesley, aged 63, and her husband Phil, 57, are not part of those statistics – they’ve each managed to lose a stone since lockdown.

Lesley said: “When lockdown was announced I suddenly realised that the only exercise my husband was going to get was walking downstairs to the office in the morning. They were talking about how being overweight can put you at risk and we’re approaching the at-risk age group, plus Phil has mild asthma and a few allergies. We decided that we were going to try to do something about it while we had the opportunity.”

The couple began to take daily walks around their local park, taking time to appreciate the greenery and wildlife. What started out as 20-minute walks turned into outings that lasted up to three hours. The more they would walk, the easier it became.

Lesley continued: “We just gradually built up the walking, we are very lucky that we could just walk out and find loads of different things to keep us occupied and watch the natural world around us. I built up my at-home exercises too to the point where my husband would often join me before starting work.”

The exercise, coupled with sensible eating, resulted in a noticeable weight loss for them both. And as the winter weather approaches, Lesley and Phil are swapping walks in the park for gym visits to carry on their fitness journey. This is a first for Lesley, who joined the gym for the first time this year.

At the start of lockdown Viv, aged 59, discovered that a local couple in their 80’s needed some extra support as they were asked to self-isolate for 12 weeks. With limited online experience the couple were unsure how to get their shopping and prescriptions.

Viv offered her help to the couple and started doing their shopping and picking up their prescriptions. Not only did this help the couple but also Viv, who was keen to keep busy.

Viv said: “When we first went into lockdown, I struggled a bit as I live on my own but this helped me get out of the house every day. I would walk to the village and back at least once a day, something I probably wouldn’t have done otherwise. Getting out of the house and walking definitely lifted my spirits, so even on the days that they didn’t need anything I still went out for my walk.

She continued: “It was a nice opportunity to socialise as I would go and sit outside the couple’s house and chat to them through their French doors with a cup of tea, which kept us all sane!”

Christine, aged 67, was a regular volunteer for Stretford Public Hall and also took part in the Culture Champions programme that takes place there.

When lockdown was announced the volunteer opportunities were no longer available – the public hall began acting as a Covid-19 response hub.

Christine saw the opportunity and signed up to become a volunteer immediately. Her role included doing weekly shopping trips for residents who were encouraged to self-isolate, as well as running some ad-hoc errands such as picking up parcels of food for the food bank that was temporarily housed at the hall.

Christine regularly spoke to her friends on the phone who were isolating to chat about any concerns they have and to lift their spirits.

At the weekend Christine now volunteers at a charity cafe in Altrincham too. She said: “I’m really enjoying the experience - I never worked in a cafe before and I like the challenge which comes with learning the new role.”

Christine is also a member of the Elders Graduate group and has been keeping a range of lockdown diaries and recordings.

She enjoys being active with her visual theatre work which takes place over Zoom.

In the coming years Christine hopes that her writing and recording of lockdown will be valuable to local history and culture.

Hazel, aged 74 from Withington, was an active member of the community and taught various dance classes to older people across Levenshulme and Wigan before the pandemic hit.

With restrictions in place, many members of her classes voiced that they felt a loss of the weekly interaction and activity.

Although admitting to being a ‘technophobe’ Hazel decided to take action and started holding her weekly dance classes in aim to boost morale to members and keeping continuity throughout an unprecedented time.

The benefit of holding these classes online meant many others were able to join the group. Hazel’s groups were able to integrate and meet new people across the boroughs; and the message of these Zoom classes travelled far across the globe with participants ranging from Levenshulme, to Cardiff, and even reached Sydney, Australia.

Hazel’s classes incorporated a series of various dance, ranging from jazz, world music, classical, mo-town and reggae – there was something for everyone.

Hazel said: “The class is wacky, fun and morale lifting. I come away from each session feeling invigorated.”

Jason, aged 50, works as a support worker at Cherry Tree in Stockport. Jason had planned to volunteer one day a week, but enjoyed it so much he helped out six days a week and was even recruited in the day centre.

Jason’s role involves supporting people with learning disabilities and challenging behaviours, and works to support them on a 1-1 basis. Jason enjoys this and highlighted his favourite part is “the smile on their face when they see you”.

Jason would often go the extra mile to help at the centre and would work extra shifts if he could. During the pandemic Jason sometimes would work 7am until 10pm to offer extra support.

Jason enjoys every aspect as his job as a carer and feels that he contributes towards people having a better life.

Jason said: “Everyone has off days, but it doesn’t matter what is happening in your own personal life, you need to be positive for the person you are supporting.”

Karen, age 56 from Salford, works as a Cultural Health and Wellbeing Assistant at Manchester Museum.

Due to the coronavirus pandemic Karen was unfortunately unable to continue to work in the museum.

At first, adapting to life in the pandemic seemed scary to Karen as the world was unpredictable, but she soon adapted to the new norm.

Karen volunteered to pack and deliver Creative Care packs for older people who needed something positive to keep well.

Karen’s role was to construct, fill and sticker 16,000 kits to send out across Greater Manchester.

Karen felt proud to have volunteered throughout the pandemic as it was vital to her well-being and she was also able to help others in need.

Speaking of her time working to make the creative care kits, Karen said: “I hope that those people see that we overcame and changed as much as we could for a better future, and I hope that people today share the love that is their future.”

Christine, aged 63 from Trafford, is a carer. Christine puts her heart into her role and the relationships that she’s developed with her clients.

Christine said: “I always treat all my clients with respect and love listening to their stories. The secret of caring is to listen. Listen to their stories, their needs and their dreams. Make that connection and reap the rewards.”

Although the job can be challenging and tiring, Christine feels blessed and always cares to the best of her ability. She feels her role is more important and rewarding than anything she has ever done before.

Christine continued: “Caring at my age keeps me young and fitter than I would be if sitting at home. I have always said I would give up my carers’ job when my service users were older than me. That time has passed and here I still am working full time caring.”