Carl Austin-Behan is the LGBTQ+ Adviser to the Mayor of Greater Manchester. Carl was appointed in August 2018. He is a Former Lord Mayor of Manchester and prominent LGBTQ+ activist.

Carl said: "There are at least 215,000 lesbian, gay, bi and trans people in Greater Manchester – that’s bigger than the population of Rochdale so it is important that they are represented, and their voices are heard.

"The Mayor has a clear commitment to improving the lives of LGBTQ+ people and reducing inequality across the city-region. We are work together to take positive action for our community." 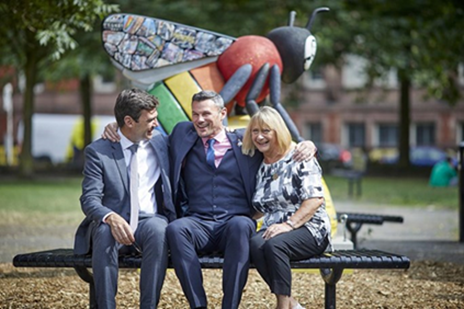 The Greater Manchester Equality Panels have been established to advise, support and challenge Greater Manchester’s political leaders and policy-makers to tackle the discrimination and disadvantage that cause injustice and inequality in society, and champion Greater Manchester as an inclusive city-region. They do this by working together with the GMCA and partners to:

Aims of the LGBTQ+ Advisory Panel

The LGBTQ+ Advisory Panel was established in August 2018, and it brings together individuals to advise and support the Mayor and Greater Manchester Combined Authority to tackle the inequalities faced by the LGBTQ+ community within Greater Manchester. In particular, it aims to:

The LGBTQ+ Equality Panel was formed after an open application process. There are currently 15 members:

The LGBTQ+ Panel is facilitated by the LGBT Foundation.