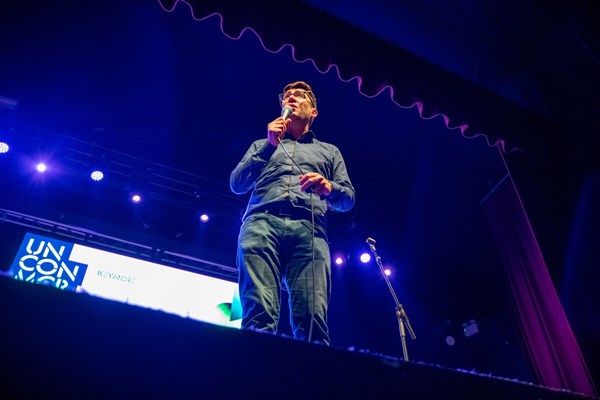 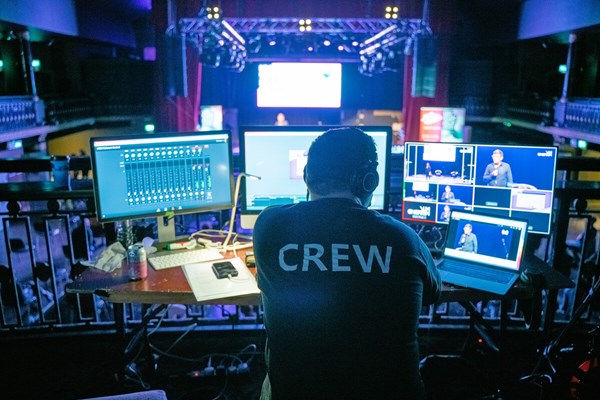 MAYOR of Greater Manchester, Andy Burnham, has joined Academy award-winning actor Vanessa Redgrave CBE at an event in Manchester to campaign for support for the cultural sector across the North of England.

Redgrave, one of the greatest screen actors of all time, last month launched a campaign calling for business and entrepreneurs to support the arts and save jobs. Today (Thursday 29 September) she brought the campaign to Manchester to raise awareness of the struggles theatres and arts venues are facing in the North West due to the ongoing coronavirus crisis and current social distancing restrictions affecting both performers and audiences.

Redgrave and Andy were joined on the steps of Manchester’s Central Library by theatre director Marianne Elliott OBE , who directed the Tony Award winning The Curious Incident of the Dog in the Night-Time, War Horse, Angels in America and Company. Violinist, BBC Young Musician of the Year winner and former Chetham’s School of music student Jennifer Pike also joined the campaign and performed Vaughan Williams’ Lark Ascending. 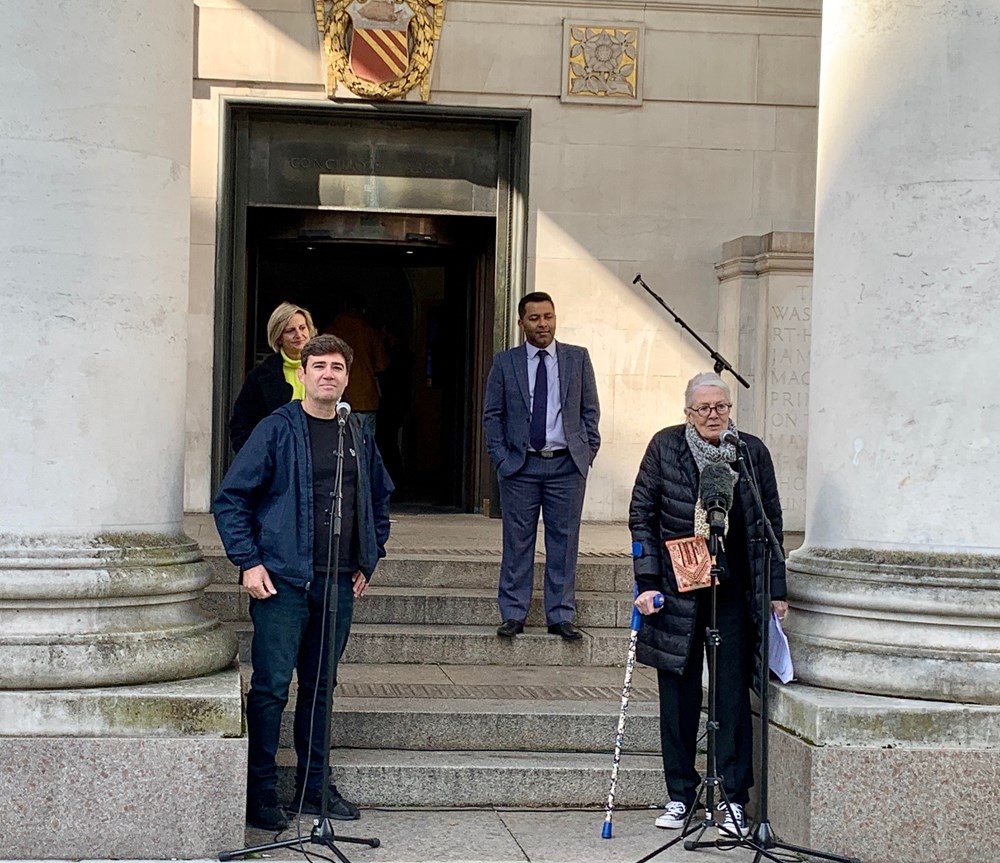 Greater Manchester Combined Authority (GMCA) has supported the city-region’s cultural sector since lockdown through culture funds totalling £1.75m for venues, £500 grants for individuals and the creation of the United We Stream platform by Night-Time Economy Adviser Sacha Lord, GMCA’s Culture team and local partners – which has raised £477,000 to support those working in the arts and night-time economy. Across the sector, organisations and artists have supported residents across the city-region, with wardrobe teams sewing PPE for frontline staff, artists offering online activity for schoolchildren and musicians performing virtual concerts.

GMCA leaders have now published a Cultural Recovery Plan, outlining how the sector will be supported and protected over the next six months as many organisations remain shut while social-distancing requirements remain in place.

Andy Burnham said: “I am delighted the wonderful Vanessa Redgrave has brought her campaign to Manchester to highlight the need for further support for theatres, art galleries, museums, music venues and festivals in our city-region.

“Although some organisations have now been able to reopen their doors, many remain shut with no idea when they will be able to operate again, placing huge concerns on those who work in the industry as the furlough scheme comes to an end.

“The Cultural Recovery Plan outlines how we will protect the arts and night time economy during the usually busy winter period for the sector, with further funding opportunities, virtual events and commissioned activity for artists being developed.”

Councillor David Greenhalgh, GMCA lead for Culture, said: “Arts and culture are the beating heart of Greater Manchester - it is vital the sector is offered as much support as possible, especially those organisations and individuals who fall short of central Government funding.

“It is estimated there are around 200 large cultural organisations and venues in Greater Manchester. The number increases to more than 700 if the smaller community organisations are included - a huge number of people to be effected by ongoing closures.

“The Cultural Recovery Plan sets out how we will continue to protect the industry during this tough time, while also ensuring we build back better to make sure the sector emerges from Covid-19 stronger than before. The cultural sector is also well-placed to support the economic recovery of Greater Manchester, by encouraging people back to our city centre, towns and high streets.”

Sacha Lord, Night Time Economy Adviser for Greater Manchester, said: “The night time economy is the UK’s fifth largest industry and the theatres, music venues and nightclubs that make up the sector in Greater Manchester play a massive role in the vibrancy of our high streets and town and city centres.

“Our nightlife is recognised as one of the best in the world and it’s heart-breaking how tough the past six months have been for artists, musicians and those behind the scenes. These people and businesses need support now and this plan sets out how we in Greater Manchester will help them. We can only do so much, however, so we’ll be working with Government to make sure that these brilliant businesses and individuals, so important to the economy and reputation of Greater Manchester, survive these challenging times and come back even stronger”.

The delivery of the Cultural Recovery Plan will focus on sector support, building back better and ensuring activity planned before Covid-19 will continue.

Its key actions points are:

The Recovery Plan also includes an emphasis on winter-activity in our cities, towns and online platforms with proposals for Christmas shows, pantomimes, night-lights, festive concerts and virtual events. It also outlines plans to develop the legacy of United We Stream, provide commissioned activity for individual artists from Greater Manchester and also develop work with Bury to deliver the Town of Culture plans for 2021.

In February, £270,000 was ring-fenced by GMCA to support the cultural sector, with some of these funds having already used in response to the impact of Covid-19. The remaining funds will be spent on supporting the sector through the pandemic, while also maximising cultural activity across Greater Manchester.