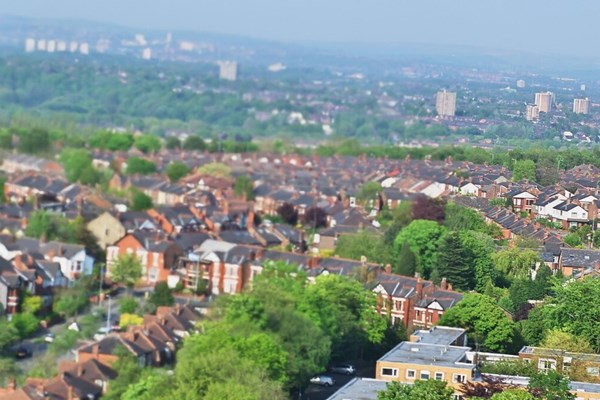 Greater Manchester has secured several hundred thousand pounds of further funding to boost the ongoing drive to tackle homelessness and rough sleeping across the city-region.

An additional £829,000 has been committed by Government to support Greater Manchester’s existing Social Impact Bond (SIB), a programme to assist the most entrenched rough sleepers with secure accommodation and ongoing targeted support.

The new funding will add to the £1.8 million already secured for the programme and will enable rough sleepers already referred into the SIB to secure a route off the streets.

Since the SIB launched in December 2017 more than 500 people have been referred and retained after initial estimates suggested only 300 would be eligible. Already, 109 previously entrenched rough sleepers have found secure accommodation in the city-region.

Paul Dennett, Greater Manchester Combined Authority portfolio lead for Housing, Homelessness and Infrastructure, said: “This vital new funding is to be welcomed as we have worked hard to make the Social Impact Bond a success. People are engaged, the uptake is high and the retention rates are excellent, demonstrating just how well the scheme is helping people turn their lives around.

“However, there is so much more to do. Across the city-region we are co-ordinating our response to what is a humanitarian and systemic crisis; we are innovating and doing things differently and I restate the Mayor of Greater Manchester’s pledge to end the need for rough sleeping here by 2020.

“Whatever our challenges as a country, we are rich enough to put a roof over every head every night of the week in Greater Manchester.”

The Social Impact Bond is a Government-backed bond using money provided by the private sector to deliver improvements for some of the most entrenched rough sleepers, including:

Greater Manchester’s SIB is one of seven across the country and the largest outside the capital. It sits alongside Housing First – an £8 million pilot project announced in January that is expected to have secured significant numbers of new accommodation places for those sleeping rough by early 2019 – as part of Greater Manchester’s response to the nationwide homelessness and rough sleeping crisis.

One Manchester works with housing providers across the region to provide homes in the right places at the right times, and Delivery Partners to implement SIB on the ground in the city-region. Sarah Cooke, GM Homes Partnership SIB Project Manager, said: “We are delighted to have received the £829,000 additional funding and are now able to expand the SIB to meet the needs of the unprecedented numbers of individuals seeking to engage with the programme.

“The additional funding will enable us to upscale each Delivery Partners team to recruit more staff and provide dedicated personalised support for more people sleeping rough across Greater Manchester, moving us closer to our commitment to end the need for rough sleeping by 2020.”

In July the Mayor outlined his intention for the public, private and third sectors to work together to aim to provide a bed for every rough sleeper in Greater Manchester every night of the week over the coming winter.

Individuals and businesses can make a difference by donating to the Mayor’s Homelessness Fund via www.homelessfund.co.uk.