** This event has been postponed until 8pm, Saturday 13 June. Statement (opens new page) **

THE MAYORS of Greater Manchester and the Liverpool City-Region are taking part in a DJ battle this Sunday 7 June to determine which place has the better music and to raise money for good causes during the coronavirus pandemic.

Andy Burnham and Steve Rotheram will be taking turns on the decks to play songs by acts from in and around Manchester and Liverpool. The battle will be shown exclusively on the United We Stream (opens new page) platform, created by Greater Manchester Night-Time Economy Adviser for Sacha Lord and the Greater Manchester Combined Authority (GMCA).

Broadcast from 8pm, the Mayors will play an hour’s set each, spinning tracks from the ‘60s up to the present day and including plenty of classic Merseybeat and Madchester. People will be invited to vote for the winning city by leaving a comment whilst making a donation on the United We Stream JustGiving page (opens new page).

One of the tracks confirmed for Andy’s set is America by Richard Ashcroft and the United Nations of Sound. It will be played in tribute to the Black Lives Matter movement and in memory of George Floyd. He’s also chosen Not Nineteen Forever by the Courteneers and Sometimes by James.

The money raised from the event will be shared between the Greater Manchester Mayor’s Charity (opens new page), supporting efforts to tackle homelessness, and LCRCares (opens new site), a campaign to support organisations on the frontline supporting communities throughout the Liverpool city-region during the coronavirus pandemic.

The United We Stream Greater Manchester platform is free to watch but the Mayors will be encouraging people to donate and vote for either Liverpool or Manchester at the same time. The project has already raised nearly £400,000 for the city region’s night-time economy, cultural organisations and chosen local charities. This will be the final fundraising production on the platform, following the decision to focus in future on rebuilding the night-time economy.

Mayor of Greater Manchester Andy Burnham said: “Manchester and Liverpool have had some big battles over the years and Sunday’s promises to be no different.

“Manchester has held the upper hand on football in recent times and I’m confident that we’ll emerge from this weekend as the North West capital of music. Let’s face it - if we had excluded music from the 1960s, there would be no contest!

“But, competition aside, music unites both city-regions and the United We Stream show promises to be an amazing celebration of North West culture. We hope it will bring people together at a difficult time and raise funds for important causes at both ends of the M62.” 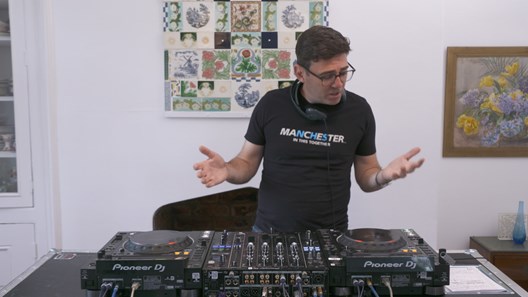 Steve Rotheram, Mayor of the Liverpool City-Region, said: “Everyone knows that our City region is the centre of the known musical universe. Not only are we a UNESCO World City of Music, but we have produced more No1 hits than anywhere else in the country and this battle gives us the chance to show the unbelievable talent from across our area, whilst at the same time raising money for some great causes.

“From Atomic Kitten to the Zutons, there are so many amazing tunes to choose, so it will be a fantastic listen with (hopefully) something for everyone. The most difficult part of this has been leaving out some of my personal favourites, but we have agreed to spread our choices over several decades and musical genres to give a wider flavour of the eclectic music generated from our respective areas. Let’s face it - I could have just chosen 10 Beatles tracks and blown anything they have to offer out the water, but there will be just one Beatles track and lots of other great music. Let battle commence!” 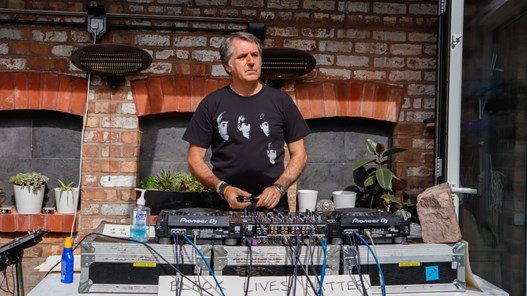 Since it launched on 3 April, United We Stream has reached a total of 14 million people who have tuned in to watch acts including Spice Girl Melanie C, Paul Oakenfold and Roger Sanchez, as well as comedians Jon Richardson, Alan Carr and Russell Kane. Its two 12-hour Hacienda House Party events were watched by over 3.5 million people, with viewers from as far afield as California.

On Friday 22 May, United We Stream broadcast a special four-hour show to mark the third anniversary of the Manchester Arena attack, with performances from the Manchester Survivors Choir and former Coronation Street actress Catherine Tyldesley