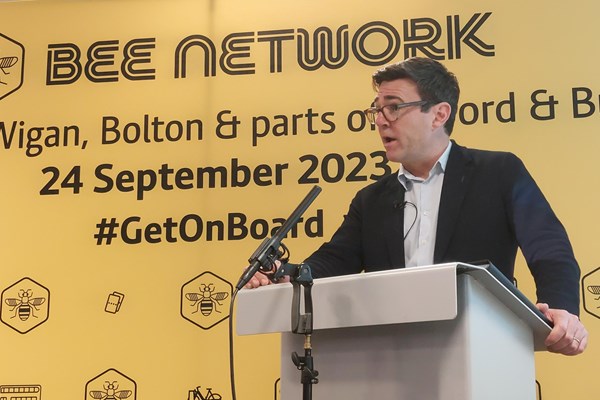 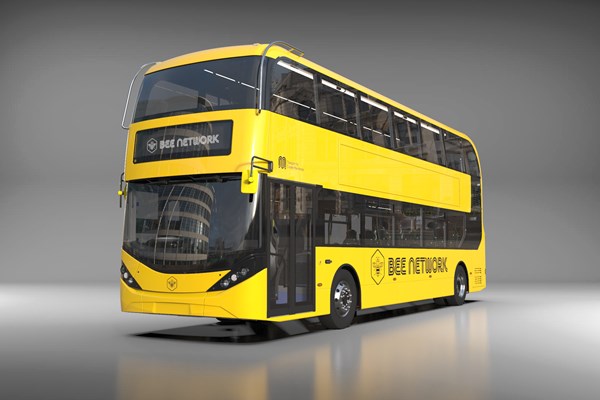 GREATER Manchester is gearing up to be the first city-region in the UK to hold a public consultation on the introduction of a bus franchising scheme, using powers available under the Bus Services Act 2017.

The assessment found that the proposed franchising scheme would be the best way to meet Greater Manchester’s objectives and future vision for buses – which include a joined-up integrated bus and public transport network, simple fares and ticketing, an improved customer experience, and better value for money.

Bus franchising is currently in place in London and other major global cities, and means bus services – including routes, timetables, fares and standards – would be brought under local control.

GMCA will hear that an independent auditor has now reviewed the assessment, as legally required under the Act. The auditor has given assurance it is based on appropriate evidence which has been analysed effectively and that “due regard” to the supporting guidance has been given.

As a result, GMCA will now be asked to move to the next legislative stage and approve a public consultation running from Monday 14 October through to Wednesday 8 January 2020 – the first consultation of its kind in the UK.

Deputy Mayor of Greater Manchester, Sir Richard Leese, said: “Buses are the backbone of our public transport system, carrying people on 75 per cent of journeys across the city-region, taking people to work, the shops and the hospital and playing a crucial role in helping people go about their daily lives.

“But in Greater Manchester and other UK regions bus use is falling. We need a new model for running our buses to arrest this decline, so that the bus network can play the same key role it does in supporting other major global cities.

“The assessment recommends franchising as the best way to achieve Greater Manchester’s ‘vision for bus’, as part of a joined-up transport network that’s easy and enjoyable for customers to use and pay for, and value for public money.

“The franchising scheme has been developed alongside ongoing engagement with bus operators to consider any realistic partnership options. No partnership has been put forward that can offer the same long-term positive benefits for Greater Manchester and its public transport users, however further partnership proposals would, of course, be considered as part of a consultation process.

“A decision to proceed to a major public consultation would be another key step towards reforming how the buses are run.”

The GMCA will also be asked to approve a proposal on how the proposed franchising scheme would be funded, should a decision be taken to introduce it. This includes how the forecast £134.5 million net costs to change from the current market to a franchised system could be met (including £122 million for moving to a franchised bus market in Greater Manchester by 2024/2025, and a £12.5 million forecast rise in current budgets over the same period relating primarily to travel concessions and supported bus services).

Since the assessment was completed, the government has indicated that it will support Greater Manchester to “deliver a London-style bus system in the area” which could include revenue funding. If government funding becomes available, this could offset any local contribution – including any requirement from the council tax/Mayoral precept.

Sir Richard added: “Bus franchising would be the biggest change to our bus network in more than 30 years and the assessment concludes that the proposed franchising scheme, including the transition phase, would be affordable to the GMCA and represent value for money.

“The government has said that it wants to support areas which are proposing to introduce ‘London-Style’ bus systems and in Greater Manchester we think one of the best ways that government can do this is to provide additional funding.

“The funding model that the GMCA will be asked to approve would draw on a number of sources and limits the impact on households as the majority of funding doesn’t come from council tax. The assessment shows that franchising would underpin future economic growth, leading to improvements well beyond those to bus passengers.”

Following any public consultation, the next step would be for GMCA to publish a report giving its response to the consultation. The Mayor of Greater Manchester, Andy Burnham, would then make a decision on whether to implement the proposed franchising scheme.

If a franchised bus network was introduced, it would take place in several phases through to 2023. Greater Manchester would coordinate the bus network and contract bus companies to run the services, with any profit being reinvested in the buses. This would enable the city-region to develop a more integrated, multimodal public transport network that can meet the demands of both passengers and the city-region’s economy.

Reforming the bus market is a key part of Our Network, the 10-year plan to create an integrated, modern and accessible public transport system for the people of Greater Manchester.