The Mayor of Greater Manchester is set to call on the Transport Secretary to intervene in the Northern rail fiasco as new figures show performance has deteriorated over the past week.

Andy Burnham will tell Chris Grayling that the Government must now escalate its response to ensure that Northern’s performance improves immediately and, if the service continues to get worse, the Mayor will demand the operator is stripped of its franchise.

Despite Northern implementing an ‘improvement plan’ it does not appear to be working with the number of cancellations actually increasing over the past week – causing misery for thousands of passengers.  Last Tuesday (22nd May) at least 147 trains were cancelled or part-cancelled in and around Greater Manchester but yesterday (29th May) that figure had almost doubled to at least 281.

Tomorrow (Thursday) the Mayor of Greater Manchester, Andy Burnham, will once again speak to the Transport Secretary on a joint call with political leaders from across the North.  Given the continuing chaos the Mayor will demand that the Transport Secretary urgently intervenes to improve Northern services this week or take steps to strip Arriva of its Northern franchise, should services continue to get worse.

Mayor of Greater Manchester, Andy Burnham said: “Last week we were told that Northern were implementing an improvement plan.  We now know that a week on, rather than getting better, services are actually getting worse.

“When I spoke to Chris Grayling I told him that passengers could not continue to endure the miserable sub-standard service they had been facing for too long.  The fact that since my call the service has continued to decline is nothing short of a scandal. Northern’s performance is getting worse on this Government’s watch and it is not acceptable.  Ministers seems oblivious to the scale of this chaos and the impact this is having on people’s jobs and social lives on a daily basis.

“Northern’s freefall shown no signs of slowing down, never mind improving, and if things don’t change very quickly the Transport Secretary should seriously consider showing the operator the door.” 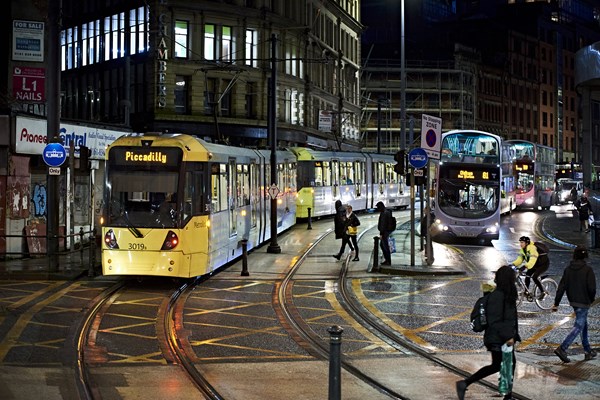