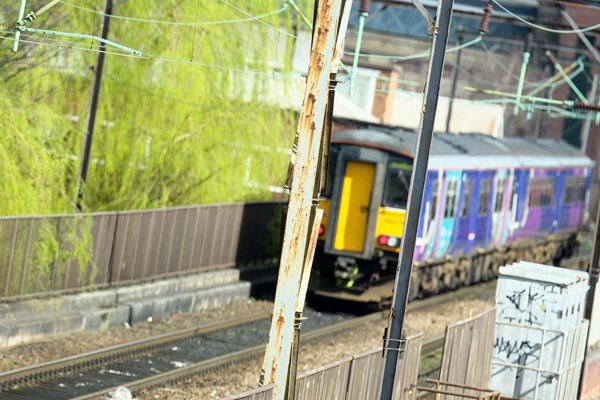 Mayor of Greater Manchester responds to The Future of Rail report

Earlier this month the Manchester Evening News (MEN) launched its first ever Sunday edition. The Mayor was invited to contribute an opinion piece, which is reproduced below.

WHEN I speak to residents across our 10 boroughs people call for two things more than anything else: more police and better buses.

I’ve no doubt that these are priorities for MEN readers as well.

So this year I am making sure that the Mayoral budget matches the people’s priorities.

Our police do an incredible job in very tough circumstances but just last year our Chief Constable warned that warned fresh budget cuts could take officer numbers back to levels last seen in the 1970s.

This is just not acceptable.

The Government should be making sure our public services are properly funded, but they are not. The truth is that while the Government boasts of tax cuts, this is a sleight of hand; at the same time they have slashed the national budgets that fund our vital public services.

Ultimately, the reason we are having to look at increasing the police element of the council tax is simple – the Government has once again shunted the financial burden of policing onto local taxpayers.

Raising council tax is never an easy decision. I know any increase hits the budgets of hard-pressed families across our city-region.

But £24 extra this year will allow us to bolster Greater Manchester Police by recruiting 320 additional police officers and tackle both serious and violent crime. Some of these new officers will be used to police our transport system – Metrolink and buses – to tackle crime and anti-social behaviour.

I am also determined to fix another thing that Government has broken – our bus network.

More than three quarters of public transport journeys in Greater Manchester are made by bus.  While it rarely gets the attention it deserves nationally, buses are the backbone of our transport network.

But in Greater Manchester, bus use is declining amongst the young and across the population and there are now around 32 million fewer journeys by bus than 10 years ago.

That is the simple reason why so many routes are being cut. It also raises the risk of rising fares because of dwindling passenger numbers.

I am asking for a £7 increase for this coming year - equivalent to less than 20p per week for the average Greater Manchester household - and this money will be dedicated solely to turning round our bus network.

We simply won’t fix our bus network until we get more passengers using it. That means starting with young people.

Our plans for an Opportunity Pass for 16 to 18-year-olds, giving young people free bus travel, will get them back on buses- which will help shore up bus services currently at risk.

Our Opportunity Pass won’t just benefit young people and their families - it will benefit everyone by helping build a better bus system.

At a time of national uncertainty, Greater Manchester is moving forward and taking the decisions needed to keep us safe and keep up moving. This Budget delivers that.