In Greater Manchester, high-risk victims of stalking are being given replacement mobile phones while theirs are taken away and examined for evidence.

When stalking cases are investigated by police, victims’ mobile phones are often taken away to be examined for evidence. In a move to prevent increased risk and vulnerability during this time, police officers in Greater Manchester are now giving higher-risk victims temporary replacement handsets.

The scheme is being funded by the Mayor of Greater Manchester’s office to ensure vulnerable victims are still able to contact the police, friends and family while their case is being investigated.

The replacement mobile scheme will be assessed later this month to assess victims’ views of the service, its uptake, and future need and capacity.

“Stalking affects 1.1 million people in the UK and one in four stalkers target the victim’s children."

The Deputy Mayor for Policing, Crime, Criminal Justice and Fire, Beverley Hughes, said: “Stalking affects 1.1 million people in the UK and one in four stalkers target the victim’s children. The impact of stalking on someone’s life is huge and the emotional damage long-lasting.

“Having to hand your phone over for examination is a necessary but hugely disarming process for victims. It helps secure prosecutions and bring offenders to justice, but can also leave victims feeling bereft and vulnerable at a terrible time in their lives.

“Unfortunately, the criminal justice system doesn’t always have victims at its heart, but through such a simple scheme as this, we can ensure perpetrators are brought to justice without causing further distress or risk of harm to the victims involved.” 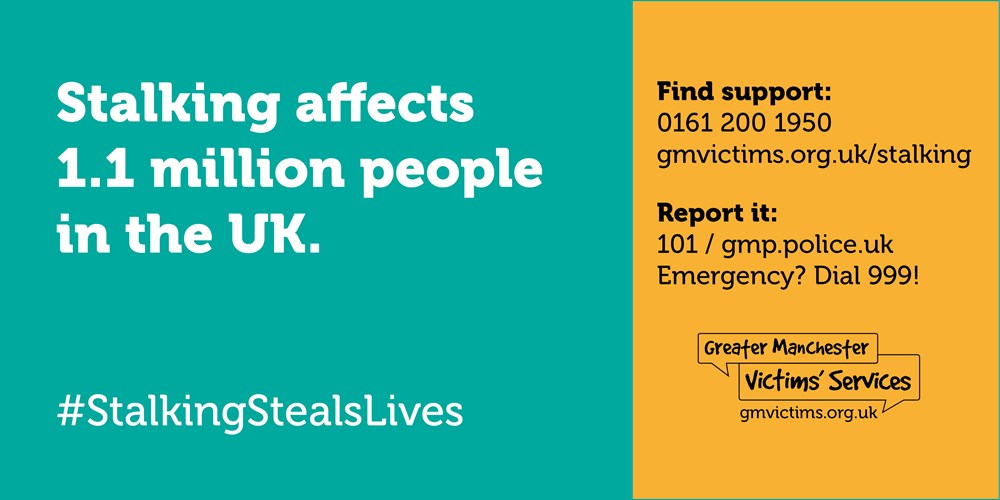 The move to introduce the handsets was influenced by the tragic case of Katrina O’Hara who was murdered in Dorset by her ex-partner having been left without means of calling for help when her phone was taken away to be examined for evidence.

Providing temporary replacement mobiles is just one element of the work being done in Greater Manchester to improve outcomes for victims of stalking.

On March 15, a new law was passed giving Greater Manchester Police additional powers to help protect victims of stalking and harassment. Thanks to the new law, officers will soon be able to make use of Stalking Protection Orders while investigating stalking cases. Any breach of the orders will result in criminal proceedings, including up to five years in prison.

Two Victims’ Services Coordinators, also funded by the Mayor’s office, have been appointed to support Greater Manchester’s lead on stalking and harassment, Det. Supt. Estelle Mathieson. They will explore best practice nationally and look at what can be delivered locally.

Stalking safeguarding training has been rolled out to officers across Greater Manchester Police. Work is also being done to look into how data analysis can be used to better identify victims of stalking and harassment and intervene where needed – for example by scrutinising repeat callers and carefully reviewing specific crime types.

Greater Manchester Police’s lead on stalking, Det. Supt. Estelle Mathieson, said: “Victims are at the centre of what we do and this scheme ensures we can increase the chances of prosecutions by securing vital evidence, while ensuring that victims feel protected and decreasing vulnerability.

“Issuing victims with replacement mobile phones means that they can maintain vital contact with friends and family during a distressing time as well as with our officers whilst their case is being investigated.

“We work with partner agencies to do everything we can to provide the best support and care to victims. This includes giving victims contact cards with the details of national stalking services which can offer specialist advice and help.

“Everyone has the right to live their life without fear and harassment. Stalking can have a devastating effect on a victim and their loved ones, and we will continue to work hard to bring anyone found responsible to justice.”

Victims of stalking are being encouraged to take that brave step and report it to police: in an emergency, people should call 999. If it is not an emergency, people can report by calling 101 or using the new live chat function on the Greater Manchester Police website – www.gmp.police.uk

As well as encouraging reporting, Greater Manchester is making it easier for victims and survivors of crime – including stalking – to get help and support. It doesn’t matter when the crime took place, or if it was reported it to the police.

Visit www.gmvictims.org.uk to get practical advice, read information, or find a support service. Or call 0161 200 1950 to speak to an adviser from Victim Support, an independent charity commissioned by the Deputy Mayor for Policing, Crime, Criminal Justice and Fire.

Get support and advice

Report it to the police

Get support and advice

Report it to the police 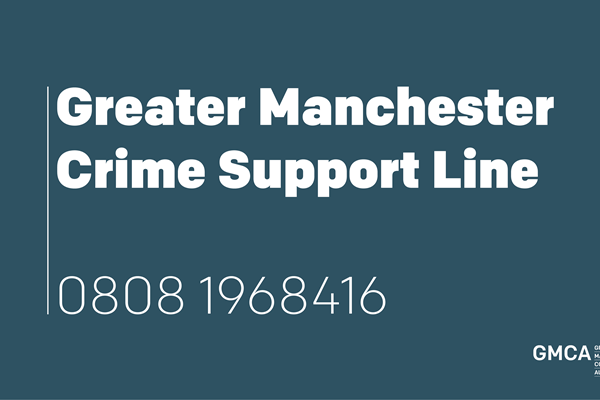