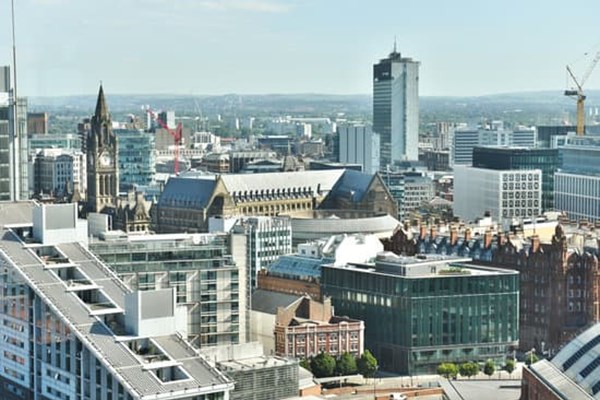 GMLEP Statement Of Support For Business In Greater Manchester

Following the Chancellor of the Exchequer’s statement on support for self-employed people, Sacha Lord, Night Time Economy Adviser for Greater Manchester, has responded:

“I'm pleased that the Government is working to help everyone suffering in these difficult times.

“The financial measures provided for small businesses and employees were very welcome last week, as is the Income Support Scheme package announced this afternoon for the UK's five million self-employed workers. Opening the disruption loan facility and deferring the Self Assessment income tax payments will also undoubtedly help those who are struggling.

“But we must remember that the UK's contractors, freelancers and gig economy workers are the backbone of our labour market, and support many of our biggest sectors. I worry that many sectors will be unable to recover if these individual suppliers go under.

“It's a complicated package, and I agree with the £50k eligibility cap, but I am concerned that the financial aid may not reach those most impacted by this crisis quickly enough, and the outcome could be grave. I have spoken to countless employees and workers across Greater Manchester in the past weeks, many of whom are already struggling and are anxious about the crisis and how it will affect their daily lives.

“Across the UK, millions have already instantaneously lost work as a result of this crisis, and don't have the financial means to tide themselves over and make ends meet this month, let alone until the start of June. Combined with the difficulties we have already seen with delays in Universal Credit, the wait to access finance could critically damage the livelihoods of millions of people.

“I'm also particularly concerned for those who only started a business within the past 12 months. It's unlikely they have made a profit as a new business, so this is an area that will need to be addressed in terms of offering them greater welfare support. We need to ensure everyone is fairly supported through these times and no-one is forgotten about.

“It's fair to say that all workers - either employed or self-employed - need urgent financial help, and they need it now. I hope that the measures announced today can come to fruition quickly, and I will be working closely with the Mayor of Greater Manchester, Andy Burnham, to help those living across the city-region as much as possible.

“Since this crisis began, the outpouring of support from across our city-region for the most vulnerable, as well as those in financial trouble, has been incredible. The numbers applying to support the NHS Volunteer scheme is just one example, and I have seen dozens of businesses offering their time and money to those in need. Greater Manchester prides itself on its community, and I know that by working together we will come through this stronger."