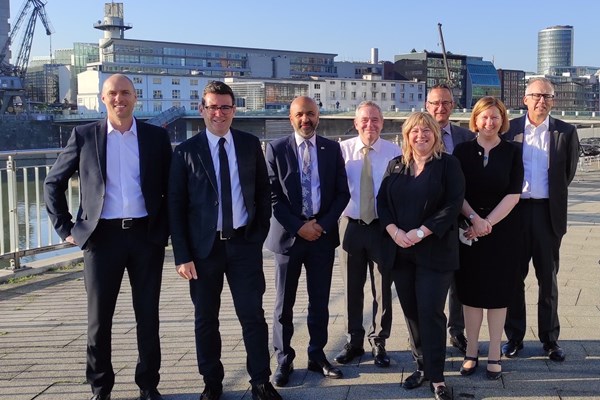 Statement from Greater Manchester Leaders on the Afghanistan situation

Statements on the passing of Lord Peter Smith

Statements on the passing of Councillor David Greenhalgh

We were all appalled as the events unfolded in Afghanistan. The humanitarian crisis continues and the scale of it requires all of us to play our part in helping those who had to flee their country and be prepared to help others as they arrive.

We recognise that many of those leaving have provided help to our military and that they, and others, are in fear for their lives if they remain.

We are clear that the Government is right to help people leave Afghanistan and to help them rebuild their lives here.

We would urge the Immigration Minister to mandate the widening of dispersal to ensure every local authority plays their part, not just in supporting those already evacuated from Afghanistan, but all those seeking sanctuary in the future. This is an international humanitarian crisis requiring a national medium- to long-term response.

The Government urgently needs to provide a single point of contact to provide information and support, as well as receiving feedback. The disbursement and allocations cannot be left to local areas alone.

However, it is clear that the whole asylum system is in need of a complete overhaul to make it fairer to those arriving in the UK and to the communities in which they live.

Firstly, every part of the country needs to take a share of the responsibility across all schemes, asylum and resettlement.

It cannot be fair that some of the poorest areas of the country, including parts of Greater Manchester, accommodate far higher numbers of those seeking sanctuary, because of lower housing costs, than other parts of the UK. It is not fair to those fleeing persecution or the communities in which they are placed.

Secondly, under the current asylum system those councils who have disproportionately been affected over the past 20 years do not receive the funding to provide the necessary support for the individuals or the communities in which they are housed. So, all placements need to be supported with equal, long-term funding and a resettlement strategy that recognises that support for health, education and a smooth transition to a new life are needed over a period of time.

We will continue to welcome asylum seekers and refugees to Greater Manchester and we are already playing our part in supporting those coming from Afghanistan during the current crisis. But we do need the rest of the country to do their bit too, and we call on the Government to ensure fairness is at the heart of the system.