A Mayoral statement by Andy Burnham on GMP

VICTIMS of crime in Greater Manchester have shared their experiences of restorative justice and how it has benefited them.

Following the launch of the Greater Manchester Restorative Justice Service - which aims to bring victims of crime in contact with offenders - in summer 2019, more than 100 people have so far been supported across the city-region.

During the meeting on November, 18, three victims of crime – Paula Robinson, Nick Ringland and Tony Wright – shared their experiences of how restorative justice worked for them. 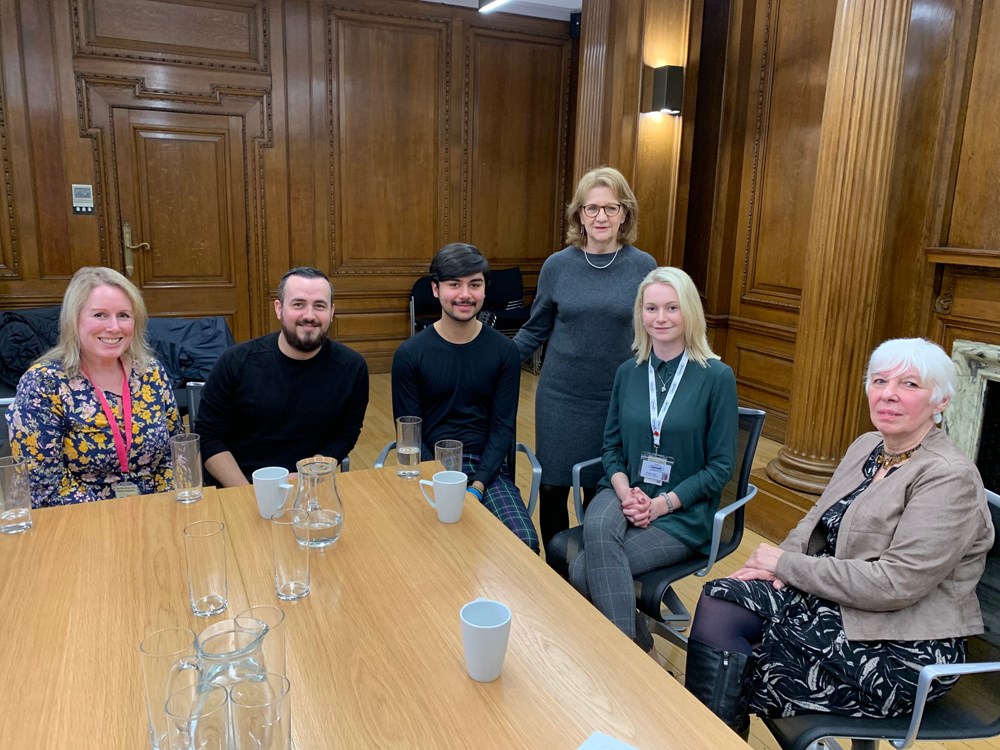 Paula is part of a church in Reddish, which was broken into last year – resulting in a window being broken and gifts for the Christmas raffle stolen.

Paula said: “Following the break in at the church we heard that the ‘invader’ had been arrested by the police. The incident was an ‘eye opener’ and impacted different members of the church in different ways.

“Remedi got in touch and asked if I would like to speak with the offender, and on behalf of the parish I accepted. Restorative justice has helped us all to process what happened and move on with our lives.”

Nick Ringland is a paramedic with North West Ambulance Service and he was assaulted while dealing with an incident. The man who assaulted Nick was arrested by police.

Nick said: “As I went on my restorative justice journey it felt rewarding to meet the offender and hear his story – this helped me to understand what happened and why. It also gave me the opportunity to explain the knock on effect of this kind of assault.”

Tony Wright was assaulted by a group of youths while he was walking along the canal into Manchester City Centre. The group attempted to take Tony’s phone and wallet, with threats made to cause him harm.

Tony said: “At first I was a bit sceptical of restorative justice as wasn’t sure it would work but decided to go ahead. I met my offenders and their parents and explained how the incident made me feel and why I had opted to follow the restorative justice option.

“The responses received during the meeting were sincere and a weight was lifted off my shoulders. I am so glad things have ended the way they have - we are all better off for the restorative justice experience.”

Deputy Mayor of Greater Manchester Bev Hughes said: “Thank you all for coming along today and for your investment made in the restorative justice process. It’s great to hear that you all benefited from restorative justice, and that’s important to me as I need to know that the process works.

“We know that when used in the right way, restorative justice can be very effective. It is a powerful process in which criminals face up to what they’ve done and gives victims the closure they need.

“Since launching the Greater Manchester Restorative Justice Service has already helped more than 100 victims of crime while ensuring a consistent offer across the city-region – giving victims the chance to take part if they wish, while making sure restorative justice is used appropriately putting the needs of victims at the heart.”

Victims of crime can ask for restorative justice at any stage of the criminal justice process - including after an offender has been sentenced, either in the community or sent to prison. It gives victims the chance to tell offenders how their crime has affected them and the offender the opportunity to apologise and make amends.

Restorative justice can be done in different ways - for example a face-to-face meeting or a letter - but will always be done under the guidance of a trained professional and is agreed in advance by all those involved.

Superintendent Sarah Morton of GMP’s Criminal Justice and Custody Branch said: “GMP are delighted to have a number of staff working in partnership with Remedi and GMCA to deliver the new Greater Manchester Restorative Justice Service.

“As we have seen from these case studies, restorative justice gives victims and offenders the opportunity to communicate with each other and can help to reconcile some of the harm caused by crime that the police and courts simply cannot do alone.

“Since June this service has dealt with referrals for some really serious crimes bringing closure to the victims and helping the offenders to realise the impact of what they have done and the damage they have caused. After doing this, people have then been able to move on with their lives and as a police service that is important to us.

“This week is an opportunity to highlight to the public, but also professionals working in the criminal justice system, that this service is out there to take referrals and that it can really help. I hope that Restorative Justice Week causes people to think about those who might benefit from restorative justice and encourages them to find out more about it.”

The Greater Manchester Restorative Justice Service is managed by Remedi working in partnership with ROC, who are supporting volunteer recruitment, management and some aspects of training.

“Having delivered restorative justice for 24 years across all forms of the criminal justice system we know the impact it can have on people’s lives and be such an empowering process to go through.

“Since we began in June, 114 victims from Greater Manchester have communicated with their offenders. The pay-off for us overseeing the service is hearing from those people and the positive experience they have had with restorative justice.”

Of the 114 victims taking part in restorative justice since June 2019 as part of the service, 98 per cent are satisfied with the service - saying they would recommend the service, and 90 per cent feeling ‘more informed’ about the offence. Eighty per cent of victims felt more empowered and said the experience helped them cope with the crime and with recovery.

Remedi will work with police, probation, prisons, youth offending teams and other criminal justice partners, along with other specialist victim services, to ensure the right support is in place for victims and offenders.