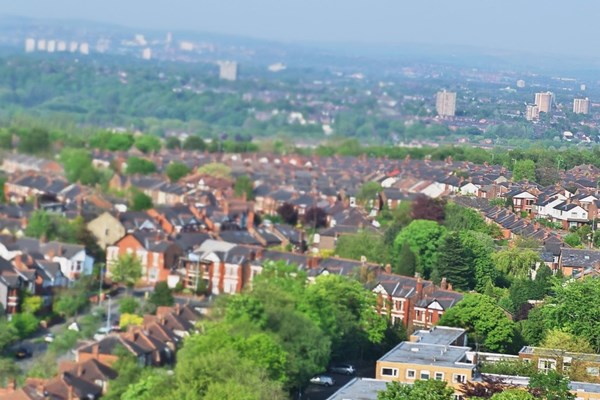 The Greater Manchester Air Quality Administration Committee will begin the process of reviewing the evidence and options for a new Clean Air Plan that can improve public health without hurting jobs and businesses when they meet next week (23 March).

The committee will consider the scope of the options available as Greater Manchester works with government to deliver a new plan by 1 July 2022, to bring harmful nitrogen dioxide (NO2) levels within legal limits as soon as possible and by 2026 at the latest.

Options for review include:

Charges for driving some higher polluting commercial vehicles in the Greater Manchester Clean Air Zone had been due to go live from 30 May 2022 but that will now not happen.

At the meeting, the committee will discuss how the new plan can be informed by targeted engagement with stakeholder groups and vehicle owners in the coming weeks. The report also sets out that further public consultation will be considered alongside the new plan.

Cllr Andrew Western, chair of the Greater Manchester Air Quality Administration Committee, said: “We can now begin the process of reviewing the evidence and options available to Greater Manchester as we work towards a new Clean Air Plan, acknowledging the importance of bringing nitrogen dioxide levels within legal limits without creating financial hardship and risking jobs and businesses.

“We want the people of Greater Manchester to participate in the conversation leading to the development of the new Clean Air Plan and the committee will discuss an approach to ensure that the new plan is informed by targeted engagement with stakeholder groups and vehicle owners.”

High levels of air pollution from road traffic have a major impact on people’s health across Greater Manchester. Poor air quality contributes to nearly 1,200 premature deaths in the city-region every year[1] and is increasingly seen as a contributor to breathing problems - like asthma - heart disease and some cancers.

Before its review, the original GM Clean Air Plan had already started the process of removing 1,354 higher polluting vehicles from Greater Manchester’s roads.

Clean Air Plan bus funding to retrofit 898 buses on GM-registered services has so far been awarded, with 370 vehicle retrofits complete. Funding has been provided for 51 new buses, with 25 upgraded so far. Eighty per cent of the region’s bus fleet is set to be Clean Air Zone compliant this year.

To date, 405 successful applications have been made for funding to upgrade HGVs, with 31 non-compliant HGVs already upgraded.