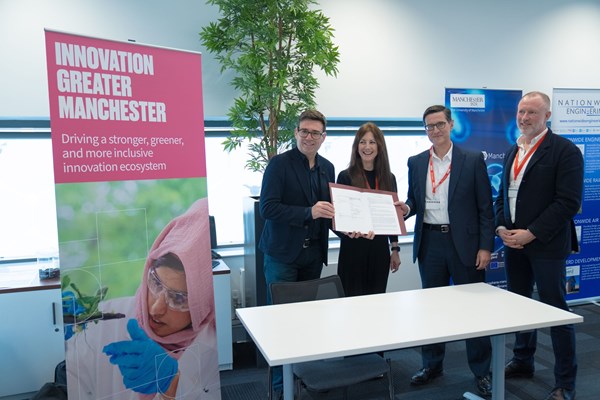 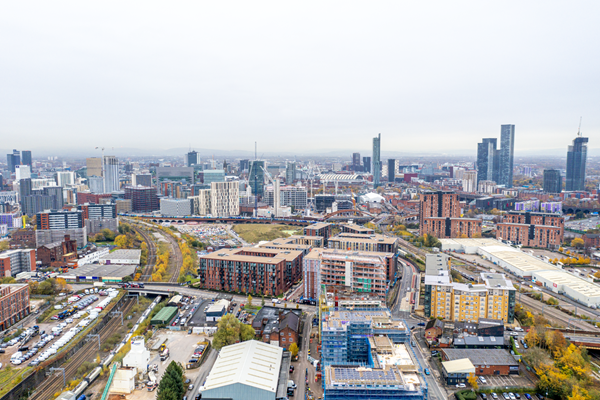 Greater Manchester needs to tackle health inequalities and accelerate the transition to net zero carbon if it is to achieve sustainable economic growth over the next decade, according to a new report.

The report is an update to the 2019 Greater Manchester Independent Prosperity Review delivered under the leadership of a panel of eminent economists chaired by Professor Diane Coyle, Bennett Professor of Public Policy at the University of Cambridge. Read the full report here.

Poor health outcomes continue to have a significant negative impact on the productivity of the city-region, the report says. Addressing the issue, which has been magnified by the pandemic, should remain a key economic priority – in parts of the city-region nearly a third of the working age population were inactive at the end of 2021, and ill health was a key factor in explaining this.

The report finds that while productivity has shown a big improvement over the last 10 years in Greater Manchester, it is still behind the UK average. Improving it is essential to delivering the economic growth, higher wages and better-quality jobs that will raise living standards across the city-region.

However, the panel of economists warns that productivity improvements rely on factors like health, wellbeing, and the environment. As businesses face the inflation and energy shock, continuing to provide a consistent economic plan and identifying every opportunity for sustainable growth is crucial.

This latest report includes contributions from Sir Michael Marmot, Andy Haldane and Stephanie Flanders, and examines the city-region’s economy in the context of the shocks and disruptions of the last three years, including Coronavirus, the impact of the UK’s exit from the European Union, and the current energy and inflation shock.

The report will be discussed as part of an upcoming event in Manchester hosted by Greater Manchester Combined Authority (GMCA) and the Resolution Foundation. Find out more and register here.

Professor Diane Coyle, Bennett Professor of Public Policy at the University of Cambridge, said: “Improving productivity – both within Greater Manchester, and between Greater Manchester and the rest of the country – is still vital. Without improved productivity, wages and job quality cannot improve and living standards cannot rise over time.

“The pandemic underlined the fundamental importance of health and its link to economic performance. Sustainability should be another priority, particularly given the opportunities for investment and jobs in the net zero transition.

“Policies must connect up with decision-making to deliver the right kind of growth for everyone in the city-region.”

Research focuses on seven thematic areas: carbon neutrality, health inequalities, productivity and the business base, the labour market, skills utilisation and employer investment in skills, trade, and transport. The panel have made a series of recommendations based on reports on each of these areas.

Cllr Bev Craig, Greater Manchester Combined Authority (GMCA) Portfolio Lead for Economy, Business and International, said: “Greater Manchester has been leading the way in setting out how we want to transform and grow our economy to make it fairer, greener and more prosperous, alongside improving the lives of people across the city-region. This report is an important piece of work that will help us update our economic strategy in light of the unprecedented events of the past three years.

“It acknowledges the progress we’ve made in our frontier sectors, and in areas like innovation and improving employment standards. But it also highlights the urgent need to continue to address health and wealth inequalities for our residents, improve productivity, and accelerate the transition to net zero to truly unlock our potential.

“Guided by the recommendations in this report, we are now working on a refreshed Local Industrial Strategy which will set out a path to prosperity and growth in Greater Manchester for the next decade.”