Youth Advisory Group (YAG) member Zara brings us our third blog post from the group of young people who sit on the Task Force.

Like other YAG members, Zara joined the 24-strong team of young people working with Chair of the Task Force, Diane Modahl, and other stakeholders to develop and deliver the Young Person's Guarantee in August.

Zara is working on the Reducing Economic Inequalities strand of the Task Force and below shares her thoughts.

My name is Zara and I’m one of the oldest members of the YAG group. I applied to become a member because as a social policy enthusiast I am extremely interested in public involvement in policy implementation driven by a passion for social justice. 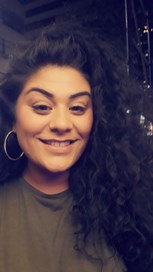 Out of the four task forces I have found myself placed in the Reducing Economic Inequalities group, which suits me as I am driven by creating sustainable positive societal change that will ensure people live in a way that is built on foundations of equality and dignity.

‘Economic inequality’ is a phrase that is heard widely and often. It’s a phrase that has been popularised by academics, politicians, policy writers, service providers and the media. To be blunt, economic inequality has become the standard way of living for many people, young and old, in Greater Manchester for a long time - generations in fact. This just doesn’t sit right with me, it never has, it never will.

Under this catch phrase are many indictors that are used by professionals to decipher whether young people fall into this category. The list of indicators is long, and the words used to describe young people within these categories are often along the lines of, vulnerable, at risk or involved in negative behaviours. Synonyms for these terms include but are not limited to, problematic, powerless, or menacing. To repeatedly use such terminology can be both harmful and/or prophetic.

Indicators, boxes, forced identities, call them what you will. I personally am no stranger to economic disadvantage. Nor am I a stranger to having multiple indicators ticked off against my name. For me this is deeply personal and I am only willing to share a few: care leaver, low income family, disability, first generation British, my BAME heritage listed as mixed other, and in many ways that’s what these boxes do, other people.

It is often that indicators are used to offer a reason as to why we live lives that are sodden with inequality, they justify why we do not have what others do. In many ways, this may be considered true, but to take this on face value is to refuse to think critically why things that are out of our control as young people can determine our futures altogether.

COVID-19 has highlighted and amplified the number of people facing economic inequality. Although there is evidence that those from marginalised community groups have been disproportionately affected, COVID-19 has not targeted one specific demographic of people. It's safe to say that everyone living in Greater Manchester has been affected by the virus.

As it stands, the pandemic has resulted in an extremely bleak outlook for our city-region and our nation, on every front. The number of NEET young people in July 2020 stood at 5.4% in the North West although no doubt we will see this figure increase after October.

Experts from the industry have said that we could see this number increase over the next year to be in line of NEET figures following the 2008 financial crash. By all accounts we face a lengthy period of instability and uncertainty. Again, something completely out of our control has already foreseen that all of our futures are predicted to be drowned by hardship and disadvantage. For those of us who are already considered ‘at risk’ before the virus, I worry how severely we will be impacted moving forward.

The Task Force will implement a number of actions that will offer some solutions to the difficulties we are facing. Working with employers, offering training opportunities and making work placements more accessible. This will offer some respite and work to reduce some of the economic inequalities faced.

Over the coming weeks the Task Force will meet with these organisations to ensure that their pledges of support will meet the needs that have been highlighted by YAG consultations.

Analysing the term ‘Reducing Economic Inequalities’ includes flipping the phrase on its head, I take this to mean ‘Actively Increase Economic Equality’, something that does not happen overnight or without drive and determination.

The major causes of the disparities we face have been proven time and time again to be structural and systemic. Systems that when examined through an intersectional lens work to restrict many through class structures and/or the oppression and bias around marginalised groups, and it is well understood these are not just local but national issues and barriers. To make a start for our local communities through the Young Person’s Guarantee is imperative to ease and improve young people’s future prospects, and it is positive to see that we have been able to bring inclusion into our discussions and planning.

As the saying goes ‘Rome wasn’t built in a day’ and this is true, we walk a long road. I must however end on a positive by paraphrasing Noel Gallagher by saying, in Manchester it all comes from the heart.